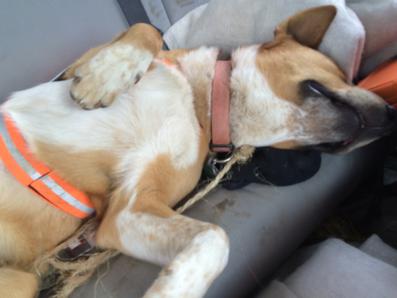 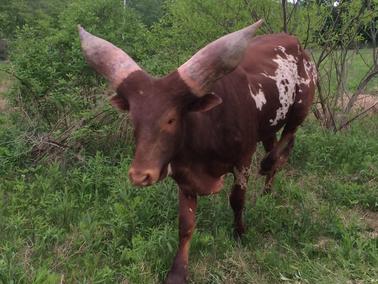 Ruby took over things the day she arrived at our farm.  We had concerns with how she would react to the cattle, but during a thunder storm at night - she jumped out of her corral to be near them.  Ever since she has been in with the crowd, bossing them around.  She even took over duties of babysitter to Ricky, the most recent Watusi born July 2014.

She loves carrots and apples and keeps us informed as to what she and all our other creatures need.

Yes...he believes he is the Garden Manager.  Well for sure he is our official greeter!  Cutty spends much of his day saying hello, burying bones, visiting the cattle and Ruby - but for the most part, likes to find a warm sun spot to lay in.  He is quickly becoming the ambassador of the farm so we decided to give him his own blog.  Check out Cutty's Corner! 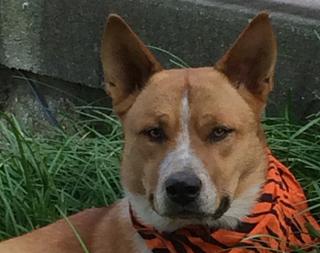 natural and creative living is our inspiration 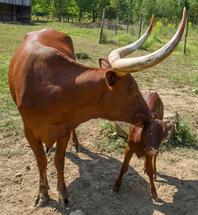 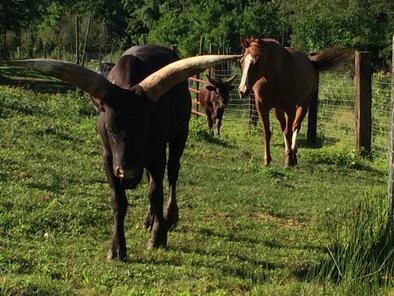 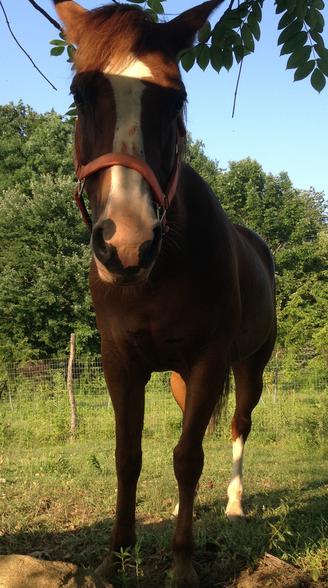 As our farm was originally a cattle farm - isn't it great to see them and hear them in our pastures!  Our cattle are Watusi, which is the longest horned cattle bred in the world.  Eventually, their horn structure can get to be up to eight feet long!  Crazy huh?  And if you're curious as to how to 'do the Watusi' just check out the YouTube video for some instruction.  Enjoy!!